After a year of the 3rd generation Suzuki Swift being launched and months of teasers, the widely anticipated Suzuki Swift Sport Speeds into CMH Suzuki Umhlanga and let us tell you, the incredible hatch was definitely worth the wait! 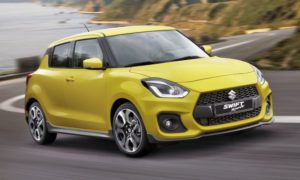 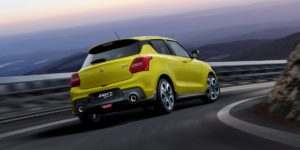 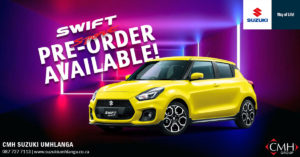 Boasting a snazzy look in its signature colour of Champion Yellow and an assortment of other delectable colours emphasizing the sporty look of the vehicle with mags, and trendy lights tying the look together.

The interior of the vehicle, highlighted by red accents is driver centered and you can look forward to semi-bucket seats, a reshaped steering wheel and a much-demanded LCD touch screen with Suzuki’s innovative SLDA (Smartphone Linkage Display Audio) radio system to enhance your driving pleasure. Keeping the vehicle driver centered Suzuki has also added a boost and an oil temperature gauge to the vehicle PLUS a reverse camera! 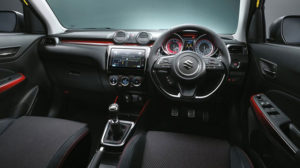 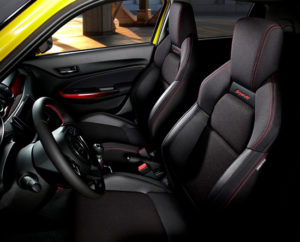 Now let’s get down to the essence of the Swift Sport, the technicalities. Our customers can expect to be wowed by the Swift Sport’s four-cylinder 1.4l BOOSTERJET technology turbo unit as compared to its predecessor’s 1.6l naturally aspirated petrol engine. Suzuki has taken the Swift Sport from a previous power output of 100kW to 103Kw and has increased the torque of 160Nm to a whopping 230Nm! Ensuring the Suzuki Swift Sport Speeds

With an 80kg lighter body and the turbo charged petrol engine the Suzuki Swift Sport now has a top speed of 210km/h and can sprint from 0-100km in just a mere 8.1 seconds! If the looks of the vehicle don’t get your blood pumping then the performance is sure to blow the mind of any petrol head!

Suzuki being a brand built for value proudly brings you the Swift Sport in a manual for only R315 900 and an effortless automatic WITH paddle shift for just R335 900, this backed a promotional warranty of 5yrs/200 000km and a service plan of 4yrs/60 000km cements Suzuki’s strive to provide only the best for our customers.