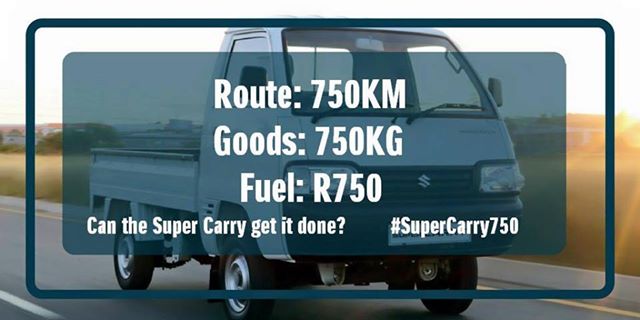 The challenge – drive 750 km with a load of 750 kg on R750 worth of fuel with a Suzuki Super Carry.
This challenge, dubbed the #SuperCarry750 challenge, was conceived when the team at Suzuki Auto South Africa decided to test their newest workhorse and help someone in need at the same time.
After some deliberation, the staff at Suzuki decided to help the Hospice in Port Shepstone and the call went out for anyone to contribute. Soon a large load, including a couple of dishwashers and fresh paint, stood ready to be taken to the coastal town.

“We decided that this would be a great test for our new Super Carry workhorse and challenged our team with the following: take the load, now weighing in at exactly 750 kg, to Port Shepstone using only R750 worth of fuel,” explains Charl Grobler, national marketing and product planning manager at Suzuki South Africa.

To make the challenge more fun, the team mapped a route of exactly 750 km from their head office and parts warehouse in Johannesburg to the Hospice in Port Shepstone. They then handed the keys to a Super Carry to Brendon Carpenter, the assistant manager of sales training and development and the volunteering driver, and co-driver Nicole Glover, and they were on their way.
On Wednesday, 17 August, the donation left Johannesburg and was delivered by the team that same afternoon. After the delivery Super Carry covered another 156.2 km on the fuel that the team had bought in Johannesburg for R750, before they decided to refuel. 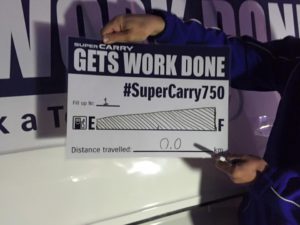 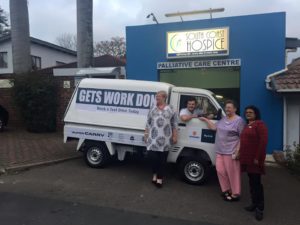 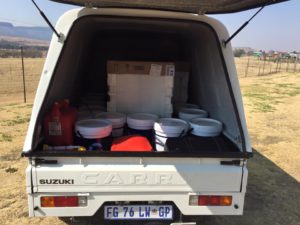 “The Super Carry was the true hero of this challenge,” says Carpenter. “It soldiered on well beyond the 750 km target and didn’t chicken out at the very last minute like we did. The risk of running out of fuel in the dark on the N2 between Amanzimtoti and who-knows-where didn’t appeal to us. Still, even after we cut the total distance short, the Super Carry managed to achieve an average fuel consumption figure of just 6.7l/100km for the entire trip, with most of the trip completed with a full load. Legendary stuff!”
The new Suzuki Super Carry entered the market in June 2016 as the ideal workhorse for businesses and entrepreneurs looking for a cost effective delivery vehicle. The Super Carry is equipped with a 1.2 litre four-cylinder petrol engine that delivers 54 kW and 101 Nm to its rear wheels through a five-speed manual gearbox.
The Super Carry is sold with a 3-year / 100 000 km mechanical warranty and roadside assistance plan and a 6-year anti-corrosion warranty.